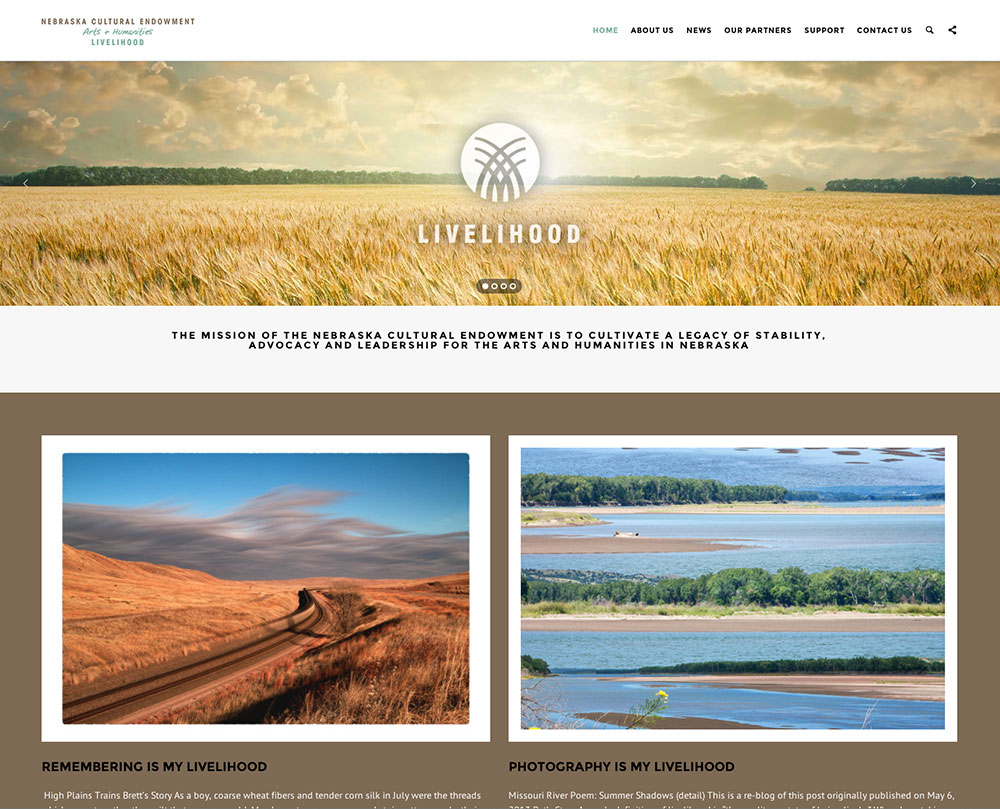 There are surreal moments in a photographic life; after all, that life is often a solitary one, with long, quiet hours spent on the road, in the field, and in one’s own mind. After a time, it’s easy to begin thinking about the absurdity of those pursuits, the frivolity of such a life. But moments like this morning are very nice indeed, and they infuse me with energy for years to come.

Erin Sample, the communications director at the Nebraska Cultural Endowment, the partner organization to the Nebraska Arts Council (where my show Recollections is featuring through May), contacted me in late March and asked if she could feature me as one of their statewide “Livelihood” stories. I didn’t hesitate for a moment, for it is a profound honor. So I sent in my materials, and Erin worked with me to finalize the feature. And then I put it out of my mind, until Erin e-mailed me this morning: “Brett, the story’s up!”

I’ve had a lot—a LOT—of shows. I’ve given lots of talks. Each was an honor, too. But I’m so very moved to be featured in this way, and I’m emotionally and physically humbled as well, because I’m being included in a group of very, very impressive Nebraskans.

And I hope the Cultural Endowment doesn’t regret their decision.