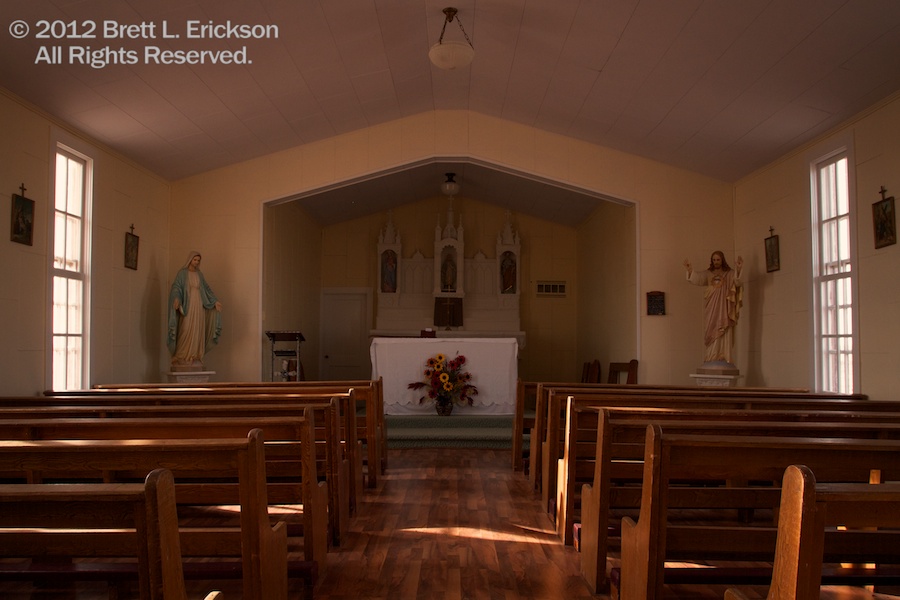 In an earlier post, I showed an image depicting the passage of time over the Montrose Catholic Church, and its small cemetery, which details another set of passages for the ranching families in the area. Today’s image is from inside the church, where a sparse interior, lack of running water, and no heat accompany parishioners beyond their greeting by the figures of the Virgin and Jesus Christ. The photo seems to exhibit barrel distortion from a wide angle lens, but this is an illusion: over its more than one hundred years, the floor of the building has sagged toward the outside walls, adding one more testament of years to which the building has borne silent witness.